hedwig
Say yes to the sketch! 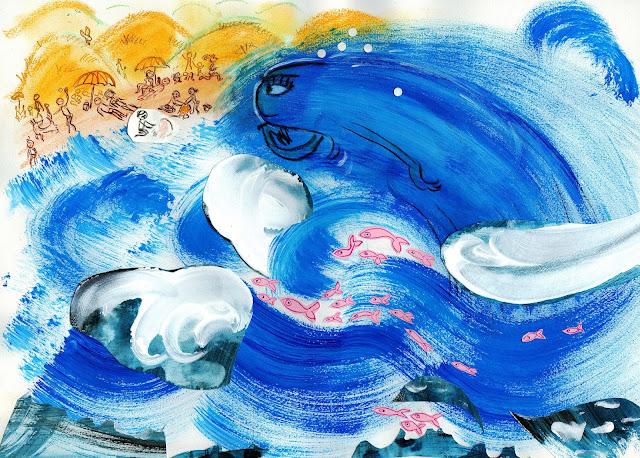 Lola la ola was a very special wave. She could think. She thought about life on the beach, about people sun bathing and children playing. She wanted to see all that, be there, stay. But waves are always in a hurry, always pushing and pulling to reach the shore and to break into spume. 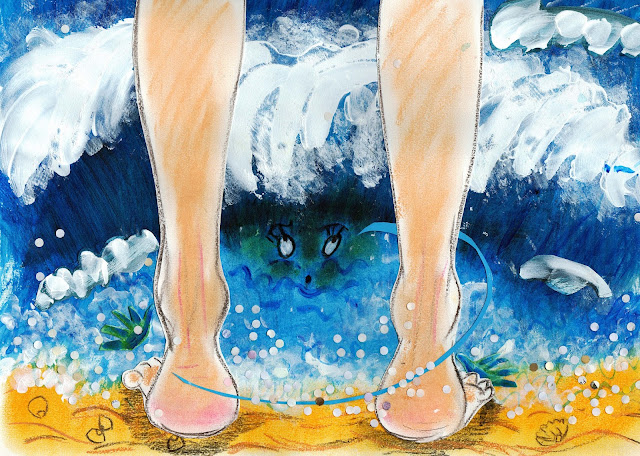 Once she was so close. She could feel the warm sand and she reached out for some sweet little toes. She wanted to play around the feet of that little boy.
But high waves came rolling over her and low waves took her back into the ocean. 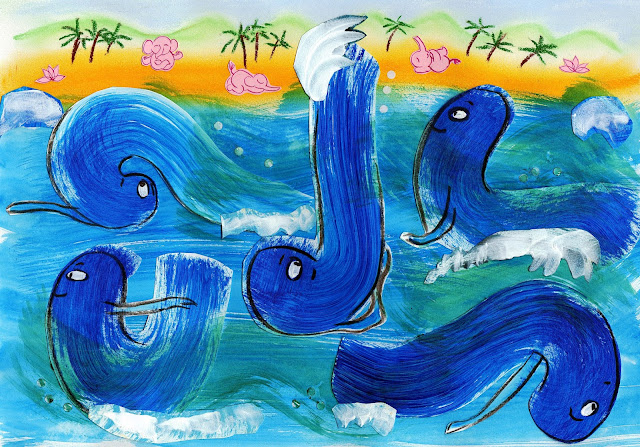 Lola flaoted near the coast of India. She heard beautiful music and smelled delicious smells. She felt light and happy.
And then she started to practise yoga. Reaching and rolling, stretching and bowing, untill she could control her every move. 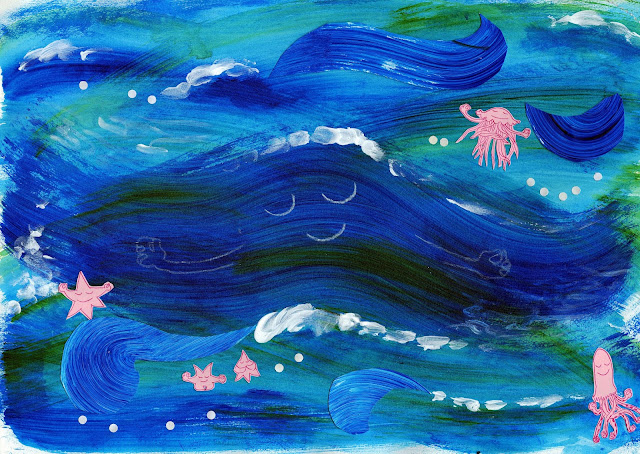 When she went back to the open sea she was not bored as waves normally are. They want only one thing and that is to breach on the land and shatter into a fountain of spume.
Lola kept herself busy. She would drift on the surface or sink to the deep, float backwards and forwards. Finally she learned to be still. Even her thoughts would stop. 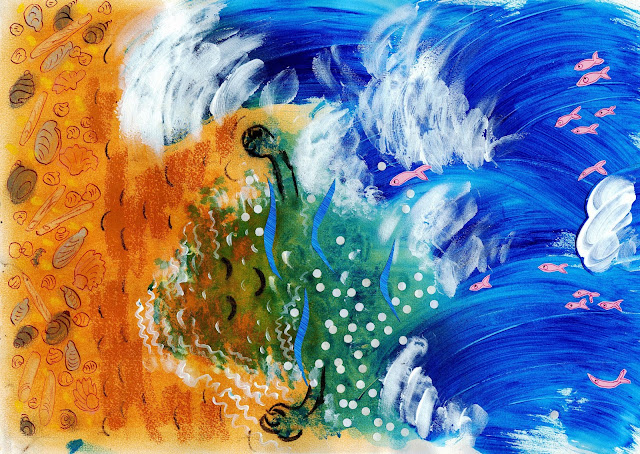 One day she saw the shore again. The waves around her were growing bigger and roaring furiously, trying to be the first on the beach. But Lola slowed down and felt very calm. She reached the sand like water that is spilled on the floor. She made no noise and no spume. She disappeared, absorbed in the ground. 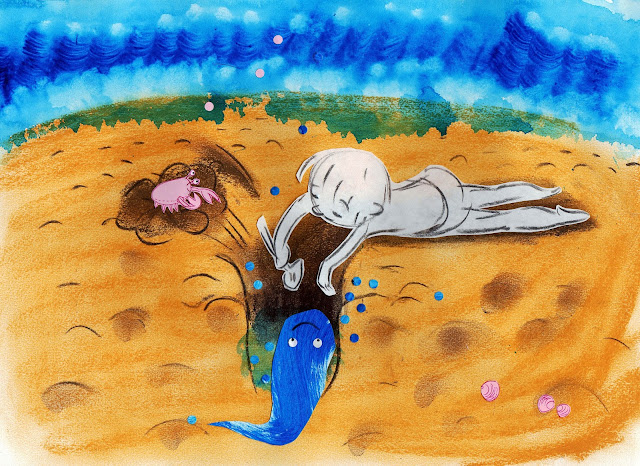 Lola the wave stayed on the beach forever. Do you know how you can find her? She is the water that appears when you dig a hole in the sand and that crumbles your walls.